Top Japanese Horror Movies Of All Time: Horror fiends are always looking for something new so they explore all the entertainment industries around the World. Lately, because of the huge fan popularity of anime, watchers are taking interest in the Japanese film industry as well which leads the horror freaks to the Japanese horror films. Japanese horror or J-horror has established itself as a separate genre which is known as “J-horror” among the fans.

J-horror has a huge collection of hit films since the early 30s. And still keeps appending amusingly daunting movies. Below are diverse horror movies that made a massive success in the last decade. Best Horror Movies of 2018

Have a sneak peek in the Top Japanese Horror Movies Of All Time. 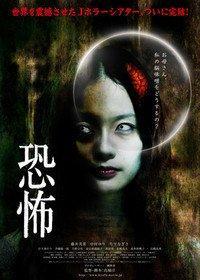 Kyōfu also known as The Sylvian Experiments is a Japanese horror film that will play with your brains. This film follows the storyline of two sisters named Miyuki and Kaori whose parents are neurosurgeons. One day, after losing contiguity with her sister for about six months, Kaori visits Miyuki’s workplace to learn about the latter’s whereabouts. Thereee she meets Miyuki’s lover and co-worker Motojima who proposes to her to meet Detective Hirasawa and helps them to find Miyuki. Kaori is then confronted by her mother who tells her that Miyuki died while subjecting her to an experiment. Motojima also seems to know something. But all the facts and evidence fail to convince Kaori of Miyuki’s death. Kaori then sets off to unbind the story behind the experiments. Is Miyuki dead? What is Motojima hiding? Something is for sure fishy.! 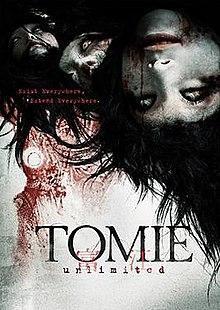 This movie will make you feel obnoxious and sometimes nauseous too. Tomie Unlimited is a  psychological-body horror film and the eighth installment of the Tomie film series.

The story of the film revolves around the High school student Tsukiko Izumikawa who is a member of a photography club. One afternoon she clicks photos of her elder step sister Tomie Kawakami who is verily beautiful and Tsukiko is jealous of it too. When Tsukiko pauses while clicking pictures, Tomie dies by a steel cross that plummets from an under-construction building piercing her neck. Tsukiko is then haunted by nightmares to the day when Tomie returns home while Tsukiko and her family were celebrating the 18th birthday on Tommy’s honor. Tsukiko observes a scar on Tomie’s neck that seems to be a berserk and raving tumor. Subsequently, Tsukiko then encounters all kinds of terrifying things and ends up in a gutter of Tomie’s frenzied appearances. 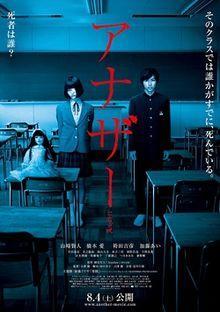 Another is a Japanese mystery horror film based on a novel of the same name published by Kadokawa Shoten. Set in 1998, the story is about a boy named Koichi Sakakibara who transfers into Yomiyama North Middle School as a student of class 3-3. He then soon notices a girl Mei Misaki, one of his classmates whose every one else seems to ignore her existence.

Koichi becomes curious about the girl and befriends her. His other classmates stop him from contacting Misaki and gradually die one by one in gruesome accidents. After probing through the school’s history, Misaki and Koichi realize that these mishappenings are cursed kin to the death of a popular girl “Misaki of 1972”. They then strive to figure out the method to outstrip the mission before it harms any of their classmates. 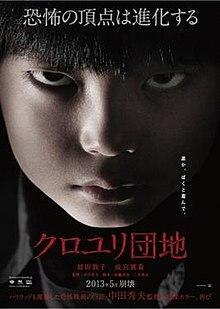 Kuroyuri Danchi known as The Complex in English is a Japanese horror film that first premiered at Rotterdam Film Festival. The film’s plot follows Asuka Ninomiya, a nursing student who flits in a decrepit apartment complex with her family. She greets her elderly neighbor, Shinozaki, and makes friends with a local boy Minoru Kinoshita. However, She soon develops experiencing alien things like hearing scraping noises from Shinozaki’s flat. Asuka later discovers that Shinozaki had been dead for three days without anyone’s knowledge. Since then, Asuka feels like she is being haunted by Shinozaki. So she confers Sasahara, a cleaner at Shinozaki’s place who introduces her to his psychic friend to play an exorcism on her. Later Sasahara learns from Asuka’s foster parents that Asuka is traumatized by a bus accident of her real family that occurred years ago and suffers from phantasmagoria. 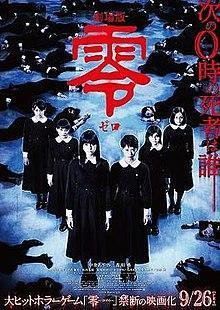 Gekijōban Zero a.k.a Fatal Frame is a horror film based on Fatal Frame video games. Gekijōban Zero is about a curse that issues the vanishing of girls who kiss the photograph of the person they admire. Ayami Nakajô and Michi Kazato are school girls who get entangled in this curse. To get out of this mess, they seek help from a queer photographer Mary Kusanagi, who recites them about the suicide incident of the lesbian girls. They both then struggle to sort out the hazardous accidents and get themselves out of this anathematized fate. 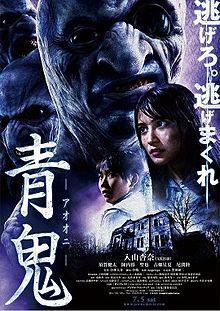 Ao oni is a Japanese horror-thriller film that revolves around the two lead characters Anna and Shun. Anna loses her brother in a traffic accident which was concluded to be a suicide with the surmise to his impotence to withstand bullying.

Anna is seen to be leading quite a terrifying life up until she meets Shun who is also being bullied by a guy called Takuro and befriends the former. The main part of the movie begins when Anna and Shun are rammed and stuck in an empty house and their scuffle to elude from that place. In the process, they encounter and grapple with a blue demon, but this all seems to be found familiar by Shun. Shun knows the way out but there is something tangled about him. 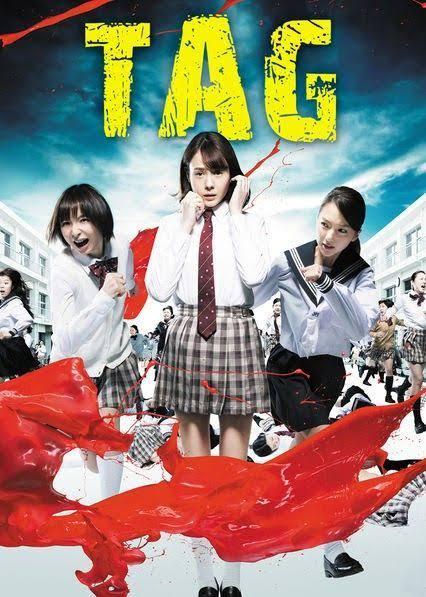 Tag is a 2015 action thriller-horror film inspired by the novel Riaru Onigokko penned by Yusuke Yamada.

Imagine yourself being part of a virtual world as a game. Do you find it amusing and fantasizing or terrifying thinking that your fate is controlled by someone else?! Tag is a story about Mitsuko, a high school girl who finds herself in the quest of alternative scenarios with different identities every time. And in each screenplay, everyone dies including her friends in the milieu except Mitsuko herself who is left alive at the end of each scenario. She has been told by one of her friends that she holds the faculty to change the fate of everyone around her since she is the “main character”. Mitsuko then faces the real world and realizes the way to save her friends from this ill-fate. 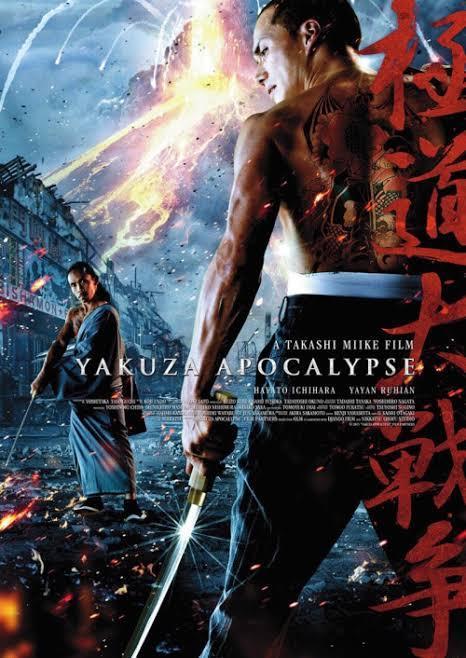 Yakuza Apocalypse is a fantasy-vampire horror film that premiered at Cannes Film Festival on 21 May 2015. The movie is set in Yakuza, a Japanese term used for under-world Mafia-like crime organizations camped in Japan.

The precis of the film trails Akira Kageyama who works for Yakuza’s most powerful boss Genyo Kamura and is secretly a blood-sucking vampire. One day, Kamura is beheaded by a gunslinger and a martial artist called Mad dog and his dying head bites Kageyama which eventually turns him into a vampire too. Stunned Kageyama then meandered around the streets and bit people, turning them into a vampire too. Ultimately this causes a vampire pandemic in the whole population except the Yakuza people.. This causes vampires to distaste Yakuza blood. Wanted Kageyama and Mad dog wrangle and the latter end up dying. But the story is not finished, the end has yet to come. 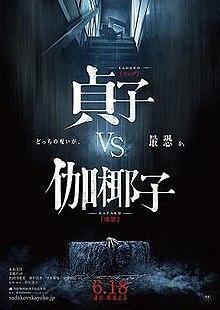 Sadako vs Kayako is a Japanese supernatural horror film that was teased as an April Fool’s joke in 2015. The film follows the plot of two girls Yuri and Suzuka who are cursed by popular vengeful ghosts Sadako and Kayako respectively. Yuri gets her hands on a cursed videotape which makes Sadako possess Yuri and on the other hand, Suzuka enters the haunted Saeki house which ultimately ends up being possessed by Kayako. A mystic man Keizo Tokiwa appears with a blind psychic girl Tamao to help the girls and suggests to eternally end the curse by putting Sadako and Kayako against each other and annihilate each other. But, this plan of Keizo boomerangs on them as both the resentful spirits and their powers coalesce and makes the situation worse for the girls. 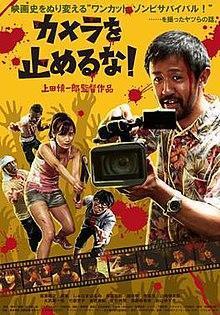 One Cut off the Dead also known as Don’t stop the Camera is a Japanese zombie horror-comedy movie that made a box office history by earning more than a thousand times its budget.

The film is about a film director Higurashi, looking for a big break in his success. He starts making a low budget movie scripted about zombies, shooting at an abandoned filtration plant from a WWll Japanese facility. But the things don’t go as planned, as he argues with cast and crew members and creates a fuss. Just then a zombie epidemic occurs when the real zombies attack them. To Higurashi’s relishes, he orders the cameraman to keep rolling the camera and shoot the actual scenes, thereby creating a bigger folderol.