Anonymous Animals is a 2020 French horror feature film in which human captives are literally treated like animals by humanoid figures with animal heads. This is directed by Baptiste Rouveure, the film stars are Pauline Guilpain, Emilien Lavaut, Thierry Marcos, and Aurelia Schikarski.

“The balance of power between man and animal is reversed”

The film will have its North American premiere at SCREAMFEST Horror Film Festival in October.

The balance of power between man and animal is reversed. In a remote countryside, any encounter with the dominant can become hostile. Baptiste Rouveure’s “ANONYMOUS ANIMALS” stars Emilien Lavaut, Thierry Marcos, and Aurelien Chilarski.

A series of vignettes illustrating human captives being literally treated like animals by humanoid figures with animal heads – who or what exactly are these people? 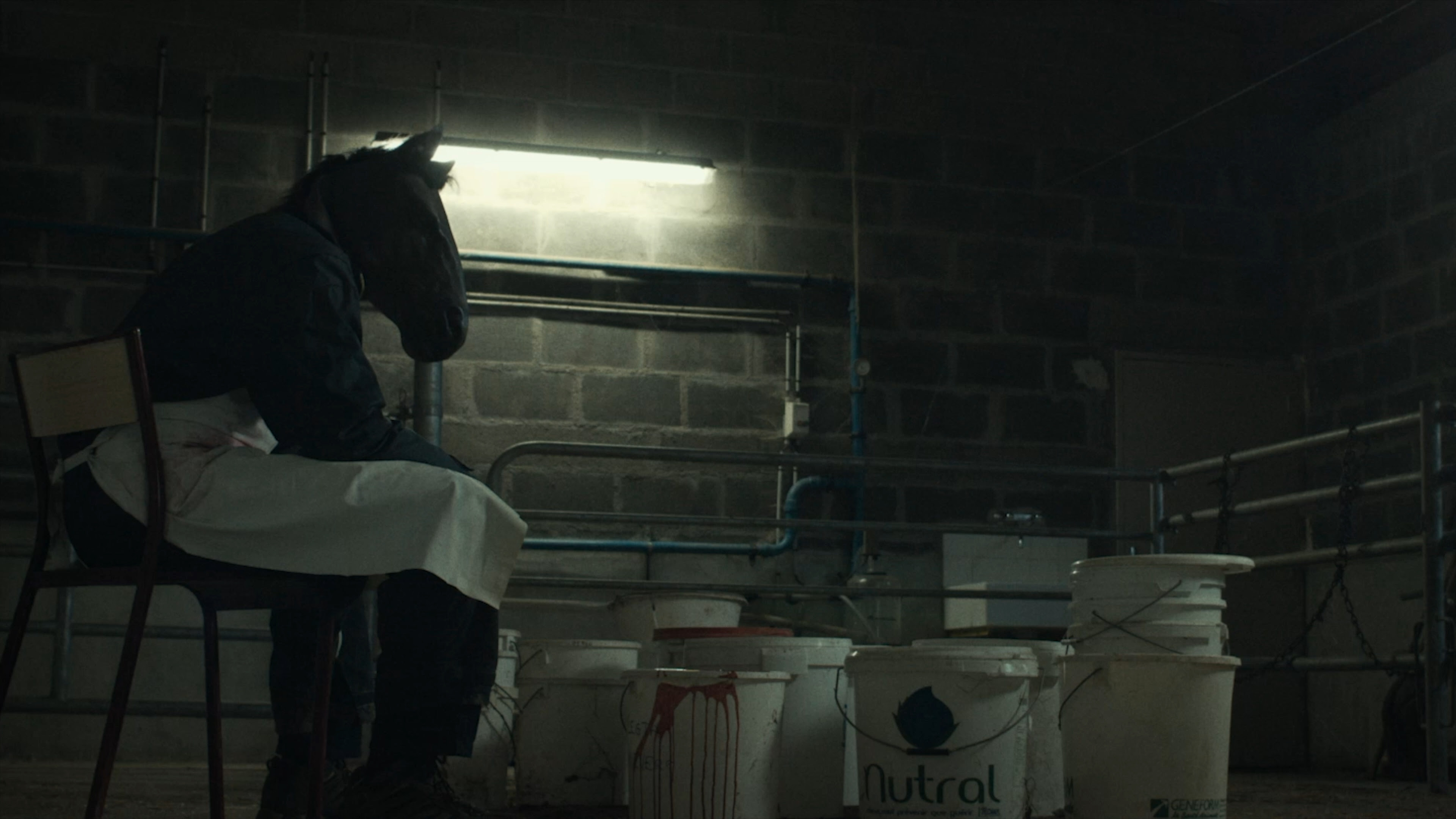